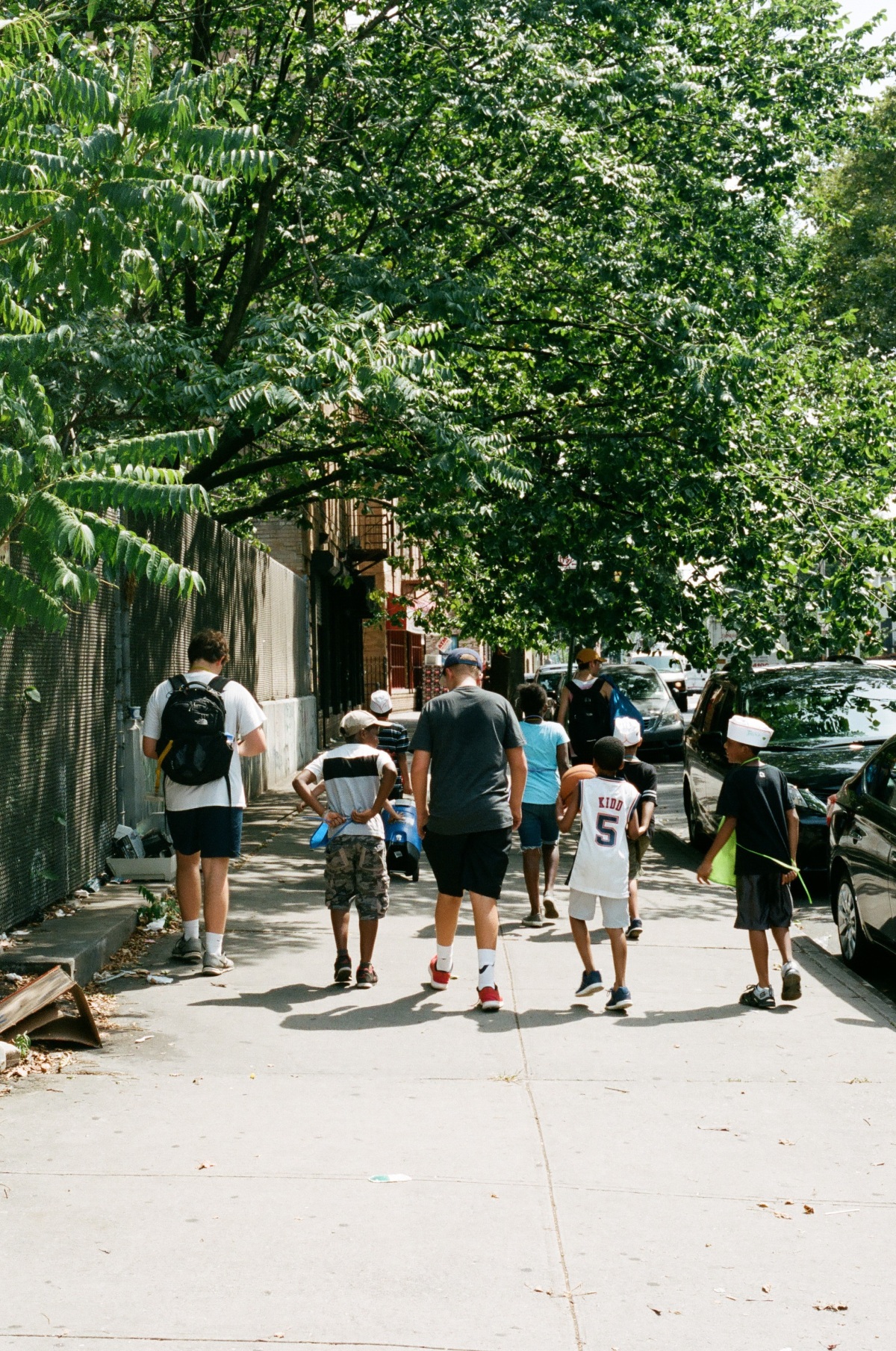 Welcome to the Bronx, one of New York City’s 5 boroughs. Constructed of 1,455,720 individuals over just 42 square miles of land. It’s an eclectic center of culture, with a population 56%  Latino and 43% African American. A haven to the youth, the Bronx’s largest age group is comprised of those under the age of 18.

Home to a million, to ethnicity, and the rising generation, the Bronx is a close-knit community with vast opportunity, however, traces of poverty and homelessness have caused this community to be cast in NYC’s shadow as a less-than ghetto or so called, “hood”.

This past summer, I had the privilege of visiting the South Bronx, on a mission trip with my student ministry at Preston Trail Community Church. Before leaving, I came across an article from the NY Daily News, stating, according to the U.S. Census in 2010, that the Bronx was the poorest district in the entire nation.

The poorest district in the nation… These words remained ingrained in my head. From there on, I, quite unknowingly, had decided that I knew exactly how this trip was going to be. Indeed, I was headed to the ultimate ghetto, to America’s poorest hood and most dangerous community. What I found, however, was something of the most extreme opposite- a vibrant, thriving,  community.

The Bronx is more than meets the eye, as it is home to some pretty monumental history. Home to the Universal Museum of Hip Hop, the Bronx is without a doubt the birth place of hip-hop itself. Jazz also found its place in America’s heart in the Bronx, NY, with great names like Billy Bang, Ornette Coleman, Miles Davis, and Duke Ellington born and raised in the city. These industry pioneers still remain in the Bronx today, as they rest at The Wood-lawn Cemetery along with dozens of other jazz greats. 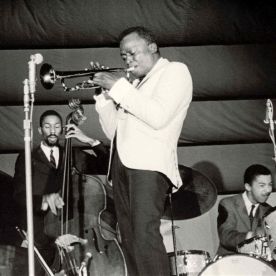 If you’re gonna talk culture in the Bronx, you simply can’t forget salsa dance! “The Bronx has long been known as ‘el condado de la salsa,’ or the borough of salsa”, says The NY Daily News. Salsa was born within Bronx communities, when thousands of Puerto-African immigrants traveled to New York in the early 1900’s, and has been prevalent there ever since. 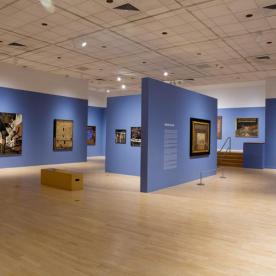 Human Instamatic: Martin Wong, The Bronx Museum of the Arts

Intersections: Arlene Slavin, The Bronx Museum of the Arts 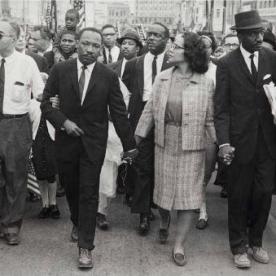 Dr. King and his wife leading march in Montgomery 1965: Morton Broffman, The Bronx Museum of the Arts

Along with great music and dance, the Bronx is the city for another kind of art- visual masterpieces! Art, art… and more art. Not only can you satisfy you creative cravings by visiting one of the Bronx’s awarding winning museums, such as the Bronx Museum of the Arts, but by simply taking a stroll down the borough’s city streets.

The People’s Justice for community control and police accountability, a coalition of Latino and African American Rights groups, have united as one to help end police violence in their New York City communities, by bring beautiful artwork into everyday life. Public art murals, located all throughout the city, are used as an outlet for People’s Justice to make a powerful change. Of the 20 different murals, 5 of these can be seen in the Bronx. Each mural is individually unique, yet includes the same significant title, “Know Your Rights”.

Below is the latest addition to the People’s Justice’s Public Arts campaign, a mural in the South Bronx painted, in 2014, by members, the Justice Committee, CAAAV: Organizing Asian Communities, Streetwise and Safe, and artist Raúl Ayala. 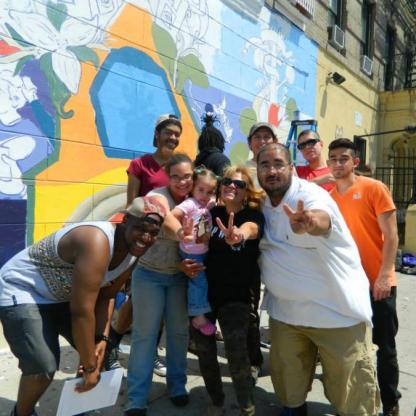 The entire community is able to take a part in the making of these murals, including children and teens from the People’s Justice’s partnering organizations. These city-wide murals are just one of many ways Bronx residents, from all walks of life, join together as one New York City family.

Another form of art that you’ll find in the Bronx, is not through sculptures and paintings, but in beautiful park areas and greenery. The Bronx is the greenest borough in New York City, with 25% of its land dedicated to park space. Pelham Bay Park, three times the size of Central Park in Manhattan, is just one of the Bronx’s stunning, scenic attractions. The park includes biking and hiking trails, sports fields, golf courses, and the district’s only public beach, Orchard Beach.

FROM THE OUTSIDE LOOKING IN

Rich, influential history, and captivating culture, a vast variety of peoples and geography- the Bronx, as one would think, carries the admirable reputation of a close-knit, celebratory community. The majority of the country, however, this including residents of neighboring New York Cities boroughs, more often that not, fail to recognize the Bronx’s past and potential prosperity, instead, focusing on issues such as poverty, unemployment, and homelessness.

It’s should come as no surprise that there are negative aspects, living in almost any and every place, whether small town or big city. Issues existing within a community are important and shouldn’t be dis-credited, but never, should these less than desirable aspects take main focus- especially to an outsider, looking at only the surface of a community.

Once familiar with an area, we find that things are quite different behind the glass, than from the outside looking in. Here’s a quick video of what residents of the Bronx think about where they live.

Well look at that! Bronx residents love where they live. Spending a week with some sweet kiddos born and raised in the Bronx, who adore their home and the people within, I experienced this firsthand. I live in a quiet suburb in Frisco, TX, with a city population of 163,656 and talk to my neighbors about 3 times… a year. When walking just a few blocks around the Bronx’s city streets, the kids regularly recognized and were greeted by an acquaintance or friend on almost every street corner… (Reminder: the Bronx’s population is over 1 million).

Every nook and cranny of this busy community was bustling with activity. Families gathered together at parks, couples enjoying a picnic, there were barbecues , and recreational sporting. These were just some of the community-wide activities I observed taking place- all of this in New York City’s “dangerous”, “ghetto” community, or so assumed to be.

What I found, however, was something of the most extreme opposite- a vibrant, thriving,  community.

The issue comes down to this- that ill-based, speculative conclusions and assumptions about what life is like in a place, other than where we ourselves live, are immoral and must be put to an end. Unjustly, and far too carelessly,  we insubstantially declare someone’s entire life, their home, as unsatisfactory, and “unworthy”, many times, unknowingly, binding an entire community to the debilitating chains of predestined failure. We are setting these communities up for eternal struggle, for a lack of opportunities and the necessary financial, political, and social support needed for the chance to prosper.

Yes, homelessness exists in the Bronx, and yes, poverty is prevalent, but why force these things to take center stage, casting a shadow over its amazing diversity and success? Take cities like Los Angeles, Boston, Chicago, and Seattle. In all three cities, negatives such as poverty and homelessness exists, however they’re not what we associate each city with. So why are we doing such with so many hopeful communities, like the Bronx?

Developing the relationships that I did with kids from the Bronx, I found myself later encountering feelings of extreme guilt and disgust for dismissing the Bronx as I, prior to visiting, once did…

The unkind and untrue stereotypes I created, hurt the image and potential of not just a great city, but someone’s home.

Welcome to the Bronx, NY

For 1,455,720 children, teens, adults, and elderly, the Bronx, NY is home. It is where they spent there school days. Where they met their best friend. Where they had their first kiss, their first date, got their first apartment, and had their first kid. For Bronx residents this community is their life. Bronx natives should feel proud of where they are from, and we mustn’t ever let our narrow views, as an outsider, change that.

It’s time to celebrate the power of home. Small country town, overpopulated big city, struggling with poverty, or over-run with vast wealth, where there is people, there is community, and in community, we find something worth celebrating, always.

Imagine the potential neighborhoods could have, if we surrendered our lack of faith and interest, and started appreciating the goodness found within them, instead. Imagine the transformations that could take place, if surrounding citizens, politicians, states and countries close and far away, joined together in supporting hurting communities by simply saying “we believe that you are worthy of accomplishing great things”.

Your home matters, because it is a vital part of who you are, so celebrate your life,  by celebrating your communities.

We believe in your home. Do you? #celebratecommunity